Is windsurfing making a comeback?

It seems that this beautiful water sport, which had a furore during the 1980s, has been gaining popularity since this year and has once again become part of many young people's wish list. Young people today want to taste as many sports as possible and so they include windsurfing in their programme. Windsurfing was the birthplace of Belgian surfing culture, as wave and kite surfing emerged later. Invented in Hawaii at the beginning of the 70s, it made its way to Europe in the mid-70s and became wildly popular in the 80s. The evolution was phenomenal and windsurfing conquered all inland waters and seas of the world. The sport became Olympic and underwent a complete metamorphosis, partly due to the fact that today's equipment bears no resemblance to how it used to be, and on top of that, it is now performing tricks that were never thought possible. Double forward and backward somersaults, sky-high waves are ridden, and with a specially designed set, the world speed record currently stands at no less than 98.65 km/h!

"We are indeed noticing for the first time a growing interest in windsurfing lessons and camps. It has been quiet for a long time, but now everything is exactly coming back on track. We have always believed in this comeback and have continued to invest in the purchase of up to date equipment. I also notice that all over the world in the windy places there are still windsurfing centres where they offer perfectly up to date equipment for rent and that windsurfers travel especially to these locations. This summer there are also many candidates to buy our second-hand material, something that has not been the case for a long time. The Duinenwater Lake at Lakeside Paradise is ideal for taking your first steps on a board, while afterwards you can go to Surfers Paradise on specialised equipment. There we have a Goya windsurfing centre with all possible boards and sails...Also wetsuits and harnesses are available, and your set is ready to go straight into the North Sea.

Our camps are also well filled again, and both the lessons on the Duinenwater Lake and at sea receive a lot of bookings. We are actually looking for good and qualified instructors to meet the demand, because after the dip of the last years, there are of course no surpluses. Everyone who learns to windsurf with us also receives a WWSV certificate".

"It is of course true that we have a real windsurfing history in Knokke-Heist. In 1975, Hotel La Réserve bought some of the very first windsurfing boards available at the time to practice the sport on the Zegemeer. As a young fellow who loves the water, I quickly experienced my first metres and started teaching. I have taught hundreds of people how to surf. Mayor Lippens, the Nellens family, Minister Verwilghen, Keith Haring...to name but a few. I did that with so much drive, I was passionate and, while teaching, I crawled right into the body of my student to get him to do as well as possible. I taught from morning to evening, 7 to 7, the whole season. My enthusiasm was apparently contagious because after a while most of them bought their own equipment. At that time, in the Lentelaan in Duinbergen, there was one of the best shops in Belgium, where I worked as a student and where we sold 40 boards with accessories in one weekend. In those days, the whole family came to make their choice and a piece of equipment cost about 30,000 Belgian francs. Afterwards, as a salesman, you also had to learn how to transport everything on the roof of the car, and I finally went with those people to the Zegemeer to help them put everything up and give them their first lesson.

When windsurfing was no longer allowed on the Zegemeer, we moved to the Laguna Beach in Heist where we continued on our own merry way. Later on we wanted to try windsurfing at sea and went to the sailing club in Duinbergen, where we were not really welcome at first... Maybe with good reason because we did not always have everything under control and of course there were also the many sailing boats at sea... To unite us we founded the "Channel Surfing Club" in 1982, situated between the Oost- and Westhinderstraat, where all windsurfers could go and where we also offered lessons at sea, next to the first real "surfstyle" clubhouse.

At that time, half of the cars in Knokke-Heist drove with a plank on the roof, or a trailer full of planks. In addition, several major competitions were organised: Junior World Cup, Euro funboard cup, Jump & Fun Cup, Benelux championships, Belgian championships, windsurfing festival...

Our Channel Surfing Club was bursting at the seams and during the season there was not enough space to accommodate it all. In 1988 we chose a new location that offered more possibilities and moved 1 km towards the Netherlands and founded Surfers Paradise. The opening consisted of the arrival of 160 windsurfers who took part in the Coast Race. A long distance windsurfing competition from De Panne to Knokke-Heist, with the first Olympic gold medal winner Stephan Vandeberg from the Netherlands as the winner.

From then on, it all went very fast...The equipment adapted at a rapid pace and we needed more and more wind to be able to use it. The public got the wrong image of windsurfing: daredevils who made meter-high jumps with somersaults in stormy conditions while forgetting that this takes years of training. Moreover, from then on, windsurfers were only to be seen when it wasn't weather to chase a dog through...on nice sunny calm days you didn't see any windsurfers anymore because everyone had reached the level of being able to sail in windy conditions and had no interest to go on the water then. To reach such a level requires years of practice and a beginner, in times when everything has to go super fast, had no interest in that anymore. Windsurfing created a false image of itself and the equipment didn't get any cheaper either. The learning process does not resemble the end result at all and there is a huge gap between the two.

Candidates for windsurfing must start to realise that windsurfing is more than floating through the air with carbon material, and that the learning process can be just as much fun.

The first priority, however, is to get as many people as possible out on the water again, and we are doing that well at the moment through private lessons, internships, camps, combo camps... We are also noticing the return of former windsurfers who are picking up the thread... All reasons to get the sport back on the right track and to breathe new life into it: windsurfing is making a comeback!

All information for hire and lessons:
info@surfersparadise.be
050/615960 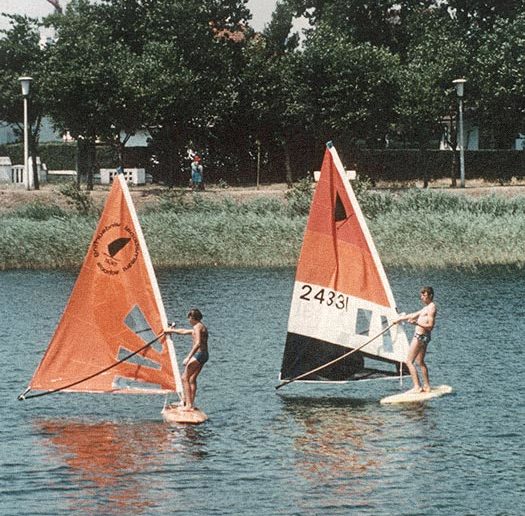 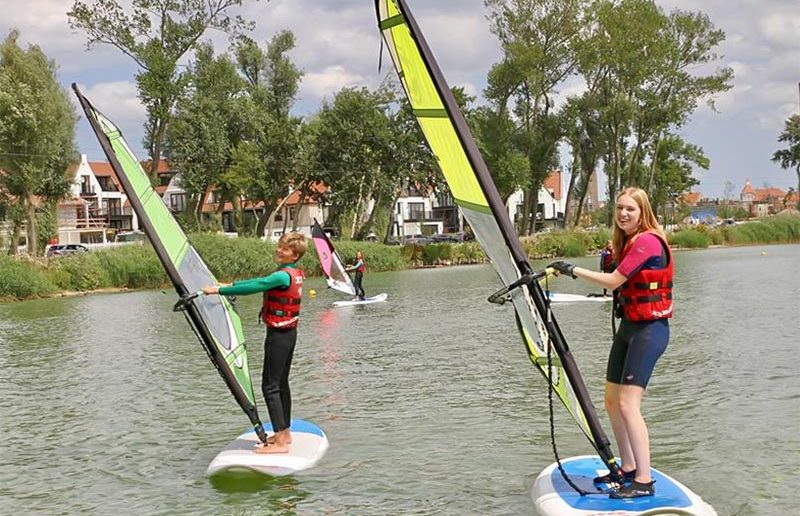 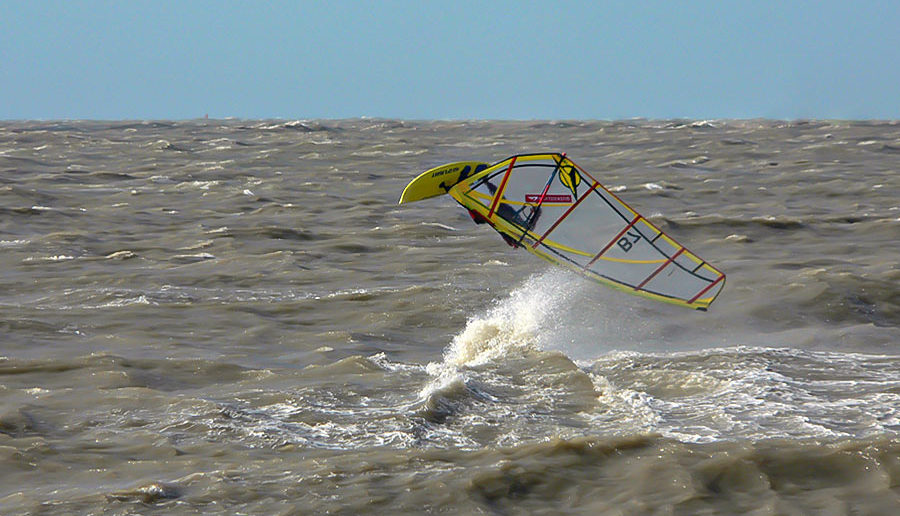