Wave surfing competition for -18 year olds at Surfers Paradise in Knokke-Heist means the start of the new surfing season!

Surfers Paradise, together with Wind- en Watersport Vlaanderen, will soon kick off the new surf season. Despite the fact that the water during spring is a lot colder than in November/December, all surfers under 18 are expected at the CO2Logic Surf Challenge. Warmly wrapped up, with their board under their arm, they are divided into the categories U12, U14, U16 and U18. In groups of 8, they will take to the waves for 20 minutes each. This under the close watchful eye of the judges, who assess all waves according to size, length, manoeuvres, etc. with a score. Each group does this expression session twice. After the second session, the points are added up and the winners per category are announced.

This spectacle takes place in the surf and is easy to follow for all supporters, partly due to expert commentary. The participants are also easily recognisable as they each receive a different coloured lycra during their heat.

In order to ensure that the event is a success, a "waiting period" will be applied on the following dates: 30 or 31 March, 6 April, 13 or 14 April, 20, 21 or 22 April. Taking into account the wave forecasts, a red or green light will be given on the previous Thursday and the starting time will be announced, depending on the tides.

The surfers withstand the cold water temperature by hoisting themselves into a wetsuit 5mm thick, wearing a neoprene cap, and ditto booties and gloves. Once wrapped up, the cold is out of the question! To avoid slipping on their boards, they use "cold water wax" that also resists the conditions.

Free spectacle can also be followed live on the Internet

Those who cannot get to Knokke-Heist can surf to https://surfersparadise.be/beachcam/ to keep an eye on everything via the crystal clear life streaming beachcam.

Scores and heatings can be seen on www.BSFlive.be

Is surfing more popular than football?

In Brazil, surfing is the second most practised sport after football. After Frank Vanleenhove brought wave surfing to Belgium in the early 80s, more and more surfers were spotted all over the coast. Especially the young people are attracted: surfing is simple, the learning process is fun and as soon as you take the board out to sea, the fun starts. It has become a lifestyle because every surfer has to adapt to wind and weather. Belgium may not be a real surfing country, but it is safe surfing and whoever learns to surf in Belgium lays a good foundation right from the start. Moreover, it is perfect for body development and the feeling of riding a wave is unmatchable...surfers who also play football speak of the same feeling as scoring!

Surfers Paradise has been organising real surfcamps during the months of July and August for 25 years. There is an own surf team for boys and girls that trains every Sunday afternoon and clinics, start to surf, I surf, surf trips and all kinds of excursions are regularly organised for these youngsters. Together with the school sports days, the number of surfers that are introduced to the sport at Surfers Paradise is estimated at 5000 each year. 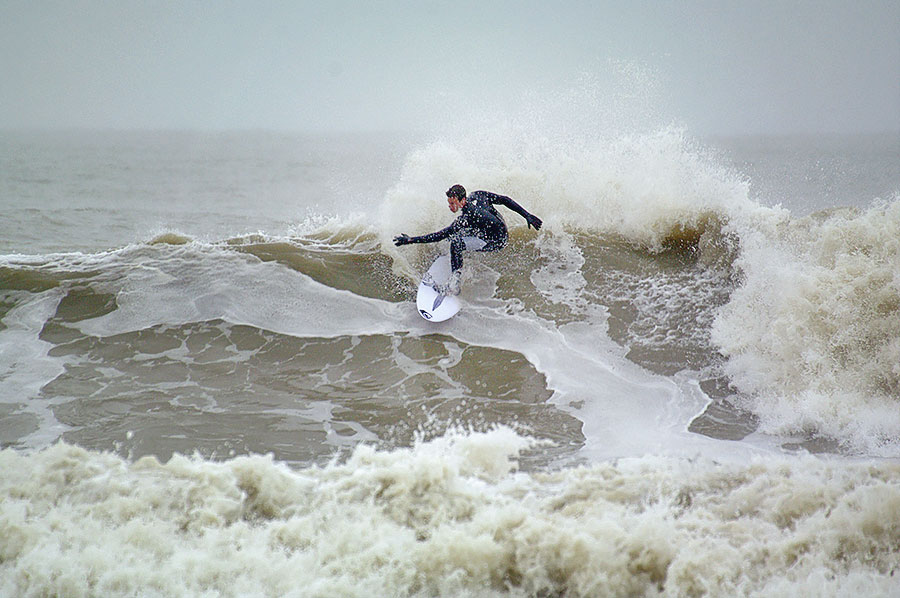